Movie tickets with Edenred Pay from all Finnkino theaters Good news for movie fans! Now you can pay for your own movie ticket not only with card payments, Apple Pay and Google Pay, but also with Edenred Pay in all Finnkino theaters. Edenred Pay payments are handled in Edenred's MyEdenred application, where you can also see your real-time Virike balance. Please note that you cannot pay for movies snacks with Virike benefit.

Are you interested in movie tips for late autumn? At the end of the blog, you'll find tips for Finnkino's new movies, which your Virike benefit can take you to!

You can buy Finnkino movie tickets with your Virike benefit in up to four different ways. So choose the most suitable way to buy your admission ticket to the movie experience:

Tips for Finnkino´s movies in the end of Autumn 2022

Is this year's Virike benefit still burning in your pocket? When it gets dark outside, what could be nicer than letting movies take you to other worlds, perspectives and emotional scales? Finnkino's end-of-autumn movie selection is sure to tickle everyone's movie taste buds. Drama, action, romance, horror, comedy, fantasy? Here comes!

1.Ticket to Paradise, a romantic comedy

There will be double the Oscar stardust when George Clooney and Julia Roberts meet again on the big screen as a former married couple who take it upon themselves to prevent their infatuated daughter from repeating her own mistakes.

Who was everyone's known Kikka? Starring Sara Meller, the music-filled film about the artist Kika takes you to the era when Finland was on its way from the recession to the boom. Kikka! is a film about an entertainer and singer who loved to perform and bring joy to others, even when her artistry was questioned.

Kerttu (Iina Kuustonen) is assigned to the gym due to back problems, where it turns out that she is a genetic super-talent. Unexpectedly, she ends up aiming for an incredible goal, the fitness competition stage.

Starring Dwayne Johnson, the action adventure takes you into the world of the DC superhero. Nearly 5,000 years after being granted the powers of the ancient gods and imprisoned, Black Adam is released from his earthly grave, ready to dish out justice to the modern world in his own style.

Mrs. Harris Goes to Paris is the enchanting story of an ostensibly ordinary English housekeeper whose dream of owning a fashion creation by Christian Dior leads her on an incredible adventure in Paris.

Wedding planner Joanna (Iina Kuustonen) needs to find herself a backstage boyfriend so she can cheer up her depressed father. As if by order, an eccentric undertaker Sakke (Antti Luusuaniemi) enters Joanna's life, who also has his own motives for looking for a girlfriend

Coming to the theatres in November:

At the beginning of the movie Kontio & Parmas, the legendary senior constable Otso Kontio (Heikki Silvennoinen) is spending a leisurely retirement day at his cottage. However, the peace is suddenly broken when the old fighting couple Auni Parmas (Elsa Saisio) brings shocking news about the great destruction threatening Valkeakoski.

A young couple (Anya Taylor Joy and Nicholas Hoult) travel to a distant island to eat at a luxurious restaurant that only the few and the chosen have access to. The chef (Ralph Fiennes) has prepared an extravagant menu for his guests, accompanied by shocking surprises...

Remember to check your Virike balance on MyEdenred from your own account and use it by the end of the year! 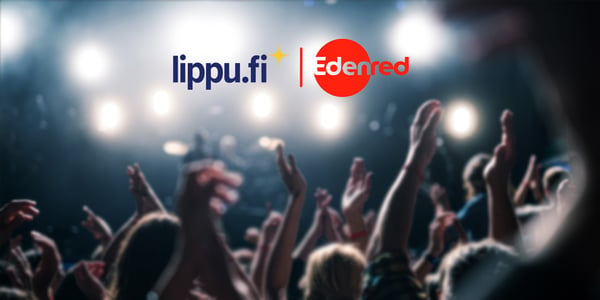 Pay for your event ticket with Virike benefit at Lippu.fi online store 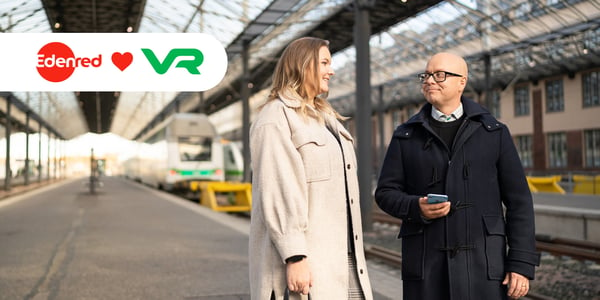 With Edenred's Transport benefit, you can now also buy your train ticket from ...

Sports and culture benefits' tax-free limit is 400 € / year per employee.

Edenred's massage benefit can be offered tax-free for up to 360 € / year per employee.

Edenred's dental benefit can be offered tax-free for up to 3000 € / year per employee.

Voucher client or virtual lunch benefit for less than 20 employees?
Log in

How to order a Pick-up service:

Here's how to add your Edenred card to Apple Pay:

How to pay with Apple Pay:

This is how you pay with Edenred Pay:

How to add your Edenred card to Google Wallet:

How to pay with Google Pay:

This is how the beneficiary pays with Edenred Pay:

You can check when and how much balance will be loaded into your account next month on the load request page.

If you wish, you can modify the amount of the lunch benefit to be loaded or disable the automatic repeat function. Please note that if changes are made to the settings after the employer has already approved the load request, the modified settings will not take effect until the following month.

This is how the beneficiary pays with Apple Pay:

This is how the beneficiary pays with Google Pay:

Don't have credentials for the Merchant portal yet?

If you already belong to Edenred's network but have not yet registered in the Merchant portal, you can do it here with just a few clicks! After confirming your registration, you can start receiving Edenred Pay mobile payments and monitor and update your information in the portal. Convenient, right?